Spruce Meadows on Sportsnet
Ways to Watch this Summer 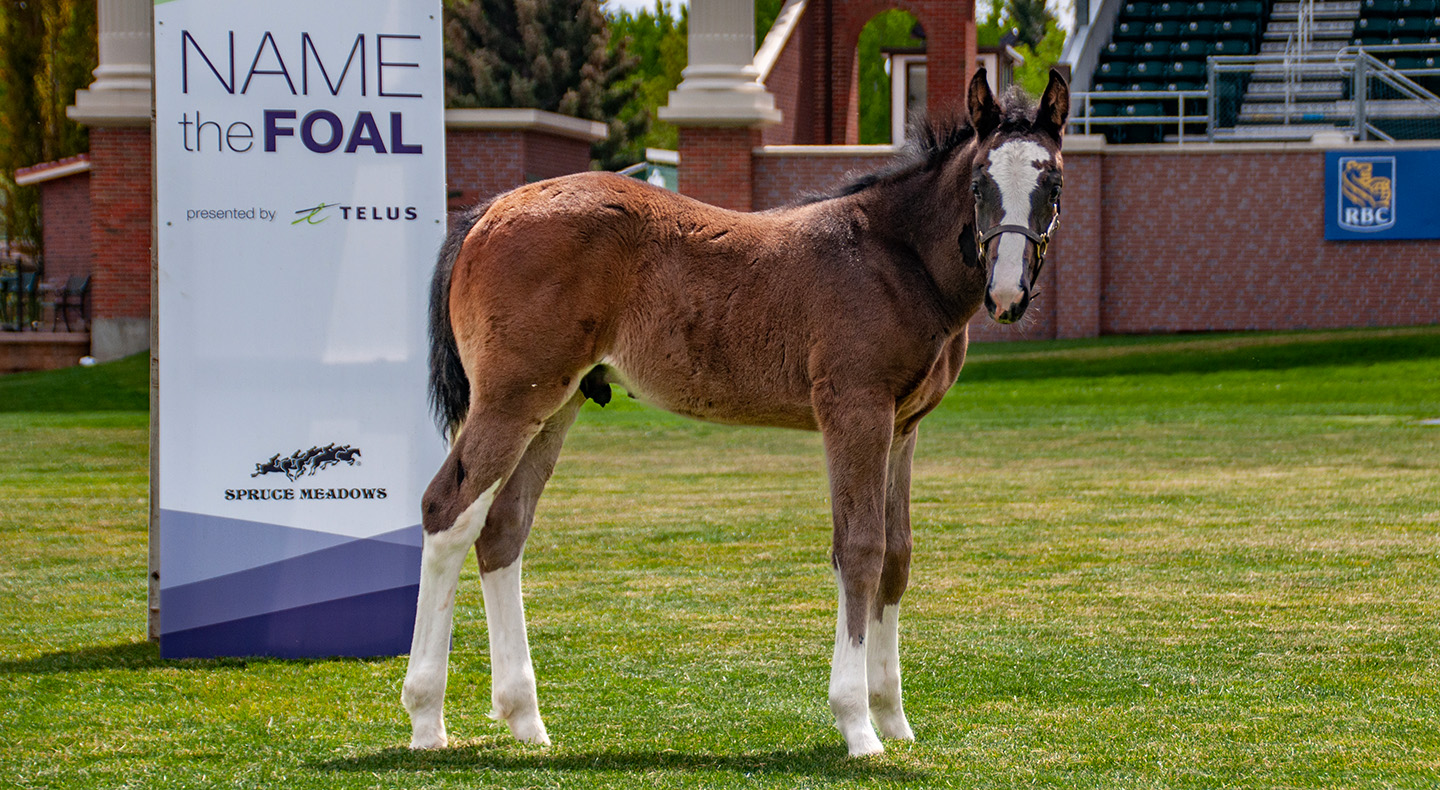 The 2022 Edition of Name the Foal, presented by TELUS

Spruce Meadows (June 9, 2022) – Name the Foal, presented by TELUS returns after 2 years away due to the pandemic, with the contest running until August 25, 2022.

We're back with a full summer of show jumping tournaments at Spruce Meadows, and the foals will be making appearances on the International Ring until the end of the ‘North American’ CSI5* Tournament. Fans will also be able to follow along with the growth and exploits of our foals throughout the summer months on official Spruce Meadows social media channels, the Spruce Meadows Livestream and on Rogers Sportsnet (later this year).

2022 welcomes three new Spruce Meadows foals looking for names. For the second year in a row all three are colts and need fans across the country to help them find a new name. Contestants are asked to submit names for the foals that align with the traditional naming conventions. This means that the names for the foals must begin with the same first letter as their sires’ name.

Foal #1 is out of Fachenda and sired by Spot Cash, and thus needs a name that begins with the letter “S”.

Foal #2 is out of Skyline and is sired by Spruce Meadows’ stallion Iceman Du Hussoit. He is looking for a name that begins with “I”.

Foal #3 is out of Qualandra and sired by Casparo, and so he will need a name that starts with “C”.

"Our long standing tradition continues to thrive due to our fabulous partnership with TELUS on Name the Foal. We will introduce the foals to a live audience, beginning June 17, as they always bring so much character and fun to the International Ring" - Linda Southern-Heathcott (President & CEO, Spruce Meadows) "Name the Foal has been popular for decades. We are excited to find names for the 2022 foals and follow their careers."

"As a premier partner of the Spruce Meadows Summer Series, I’m excited to announce the return of the Name The Foal contest. At TELUS, we have always believed that businesses have a responsibility to give back to the communities where we live, work and serve and are proud to have partnered with Spruce Meadows for over 30 years," says Patrick Barron, Vice-president, Corporate Citizenship, TELUS. "With deep roots in Calgary, since 2000, TELUS team members and retirees have contributed more than $165 million and 3 million volunteer hours to charities and community organizations located in Alberta. ”

Fans from across Canada are encouraged to enter online for the possibility of having their name selected. This year’s winners will receive a cash prize of $1,000 CAD as well as a Spruce Meadows and TELUS Prize Pack including awesome tech and merchandise.

TELUS is proud of its long-standing partnership with Spruce Meadows. 2022 marks the 33rd year of the partnership. Together, we are thrilled of our partnership commitment for many years to come.